Questions for Our Guides

One goal of the 2013 MUHS Civil War Summer Adventure will be to analyze the war from many angles. The Ohio River 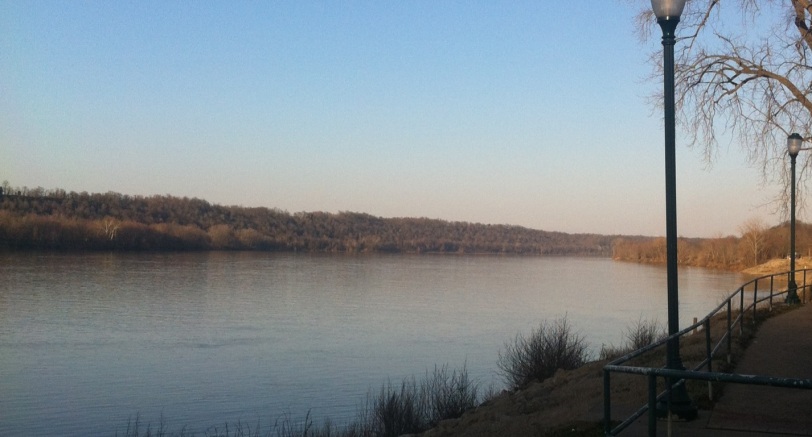 and its role as the North’s gatekeeper will guide us east the first two days. We will see first hand how the river washed the hands of slaveholders on one shore while encouraging abolitionists on the other.  From there we will stay in Washington, DC where a capital tour and sesquicentennial Smithsonian exhibits will provide the dramatic backdrop to show how our political system failed to compromise over the slavery issue.

When it comes to the soldier’s experience in the war and our battlefield tours, we will have two soldiers from the Old Northwest as historical guides. Like us, they were Midwesterners heading out east on a great adventure. The soldiers names are Jerome A. Watrous of the 6th Wisconsin and Barton H. Mitchell of the 27th Indiana.

Ordinance Sergeant Watrous (6 Sept 1840 – 5 June 1922) was a member of the famous Iron Brigade and had a pretty solid military record during the war. He fought at 2nd Manassas and in the Cornfield at Antietam. At Gettysburg, we will walk where he led the “Mule Train Charge” July 1st, which provided ammunition to his comrades at a crucial moment of that battle. For this effort he earned kudos from General Hancock himself. After rising in rank to brevet Captain, Watrous ended the war in Richmond’s infamous Libby Prison.

Watrous is perhaps best known locally for his role after the war as a well respected Milwaukee newspaper man, state politician and a Wisconsin GAR officer. He used his newspaper to re-rell stories of campaigns, battles and share veteran insights to the war and its legacy. He helped raise funds and dedicate  numerous Civil War monuments in Wisconsin and advocated for increased care and benefits to aging soldiers. Circa 1939, the Jerome A. Watrous Fortress of the National Daughters of the Grand Army of the Republic placed a bronze plaque and memorial grove in Whitnall Park to acknowledge his post war efforts. His personal and newspaper writings are invaluable in their insight to the war and have been used extensively by modern historians. Watrous’ writings will be carried with us as we travel these fields. 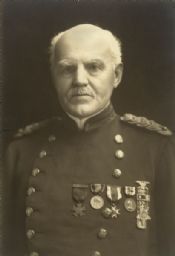 Why did Watrous feel the need to ensure the country remembered Civil War veterans?

How does treatment and care for veterans after the CW compared to our Iraqi/Afghan war vets today?

Have we already forgotten our modern day vets and wars?

Did the country begin to forget the Civil War by the 20th century?

Corporal Barton Mitchell (17 Aug 1816 – 29 Jan 1868) on the other hand appears to have had one glorious moment during the war that really seems to have shaped the rest of his shortened life. I do not claim to be an expert on Mitchell and I expect to learn more about this man along our trip. 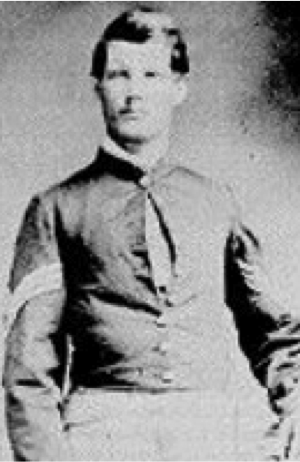 What I have learned is that at 45 years old, Mitchell was older than most recruits. He was mustered into the 27th Indiana Regiment which is said to have had the tallest Union soldier at 6’-10 ½” (380 lbs!) and a company with the most 6’ tall soldiers in the Army of the Potomac. Mitchell and his tall comrades guarded supply wagons during 2nd Manassas but it was while chasing Lee into Maryland, Mitchell happened across Lost Orders 191. It has been claimed that this discovery helped spur McClellan to chase Lee at a faster rate than he typically moved and maybe prevented Lee from succeeding in his first northern invasion.

Mitchell was injured in his left calf in the Cornfield at Antietam (where the 6th WI also fought) and spent 8 months recuperating. He returned in time to fight at Chancellorsville and Gettysburg, but soon thereafter requested ambulance duty and was finally mustered out of the army in 1864. He worked in a sawmill until his death just four years later.

A year before he died, Barton spent considerable time trying to collect written support from Yankee officers that, indeed, he found the Lost Orders. (Read this interesting article: B. Mitchell’s Defense) His efforts for recognition were prescient because by the 1900, several of his comrades discredited Mitchell and his involvement. One of his detractors was Sergeant John Bloss who was with Mitchell when he found the Lost Orders near Monocacy Battlefield. Read this excerpt a historian who gives more credit to Bloss. The two soldiers even disagreed whether the orders were wrapped around 2 or 3 cigars. The Civil War Trust and National Park Service interpret different numbers.

One thought on “Questions for Our Guides”